Now a new generation is out. To be precise, this one in 2019 should still be called AirPods, just to show the difference, the second generation of parentheses was added.

Because of its upgrade, it seems really small.

If you have used one generation of AirPods, then the second generation is really no surprise. so similar. The second-generation wireless charging version we purchased moved the charging indicator light to the front. Moved the adaptation button to a more central position.

If you look at the appearance of the headset alone, it is basically the same. 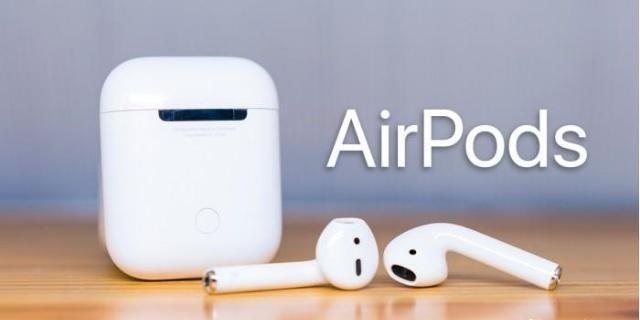 AirPods 2 main project is not sound quality. You can’t even see its detailed description of sound quality on the official website. The acoustic design of this cavity of AirPods has also been unchanged for many years. It is usually used to listen to the songs in the music app. There is really no difference. Therefore, the sound quality has not been upgraded, and it remains in the first echelon of TWS headphones.

In the afternoon, I put on AirPods 2 and listened to music while working at about 50% of the volume, and wore it to go home on the subway. During the period, I made two ten-minute calls. It lasted 4 hours and 45 minutes in total, and the right ear was 2 minutes and 18 seconds earlier than the left ear, which was basically the same. Considering the complexity of the use environment, it can be said that the official endurance capacity has been achieved.

Put the empty AirPods 2 back into the box and charge it to 48% in 10 minutes and 69% in 15 minutes. The official said that charging 15 minutes and listening to songs for 3 hours is no problem.

In terms of wireless charging, it is indeed more convenient than wired charging. If you have already purchased a wireless charger for your phone, this is a plus. However, because the AirPods 2 has a small box and a smaller coil, so be careful about the location of the wireless charging coil. For vertical wireless chargers like the S1, we may consider finding a stand or charging. The device fell down.

At first glance, it seems that the AirPods 2 generation has really not improved. But when I went deep into using it, I found it was too early to draw conclusions.

The first is faster speed. This is reflected in the fact that when the box is opened and related information pops up on the phone, the second generation is indeed much faster than the first.

In terms of multi-device switching, the switching speed of the second generation of devices under the same iCloud account has also been visibly improved. The number of laps waiting for connection is less. However, the specific increase in speed varies greatly in different environments.

The delay of wireless headphones has always been a pain point for audio and picture synchronization, and video content can also be solved by slowing down the picture. But the game will not work. The delay of this generation of AirPods is also smaller than the previous generation.

These performance improvements can be attributed to Apple’s newly designed H1 chip. This chip also brings a new feature-voice wake up Siri. This seems to be nothing, but if you think about it, it’s really not easy.

AirPods uses two Bluetooth protocols. A2DP is used for listening to songs with good sound quality but does not support two-way communication. Monophony is used for voice calls. HFP with poor sound quality but lower two-way communication delay. The AirPods generation usually uses A2DP. After you double-click to wake up Siri, the headset will switch to HFP, and then you can talk to Siri. Usually the headset cannot collect your voice.

Therefore, AirPods 2 has built a separate link outside A2DP for voice wake-up. It collects your voice commands exclusively. At the same time, you will not switch to HFP when you talk to Siri, so the songs you play will not stop, only the volume. Lower it, and the sound quality will not deteriorate.

If you take it as a headset, it certainly has various shortcomings. But if it is regarded as a part of Apple’s ecology, a smart device that can listen to music, then its lightness and comfort will become its characteristics, allowing you to wear it for normal life and normal work. So for this update, you can see that Apple has strengthened its “intelligent” attributes, allowing it to communicate with your Apple device faster and become a practical Siri portal.

If you already have a generation of AirPods, the significance of the upgrade is really not much.