With the iPhone 12mini, Apple has finally collected all sizes of mobile phones. Its products now cover the entire size range from 4.7 inches to 6.7 inches. However, the feature of this small iPhone is more than just mini. Although it is smaller than iPhoneSE, its performance is very powerful.

Let’s take a comprehensive look at the iPhone 12 mini phone, first look at the configuration: 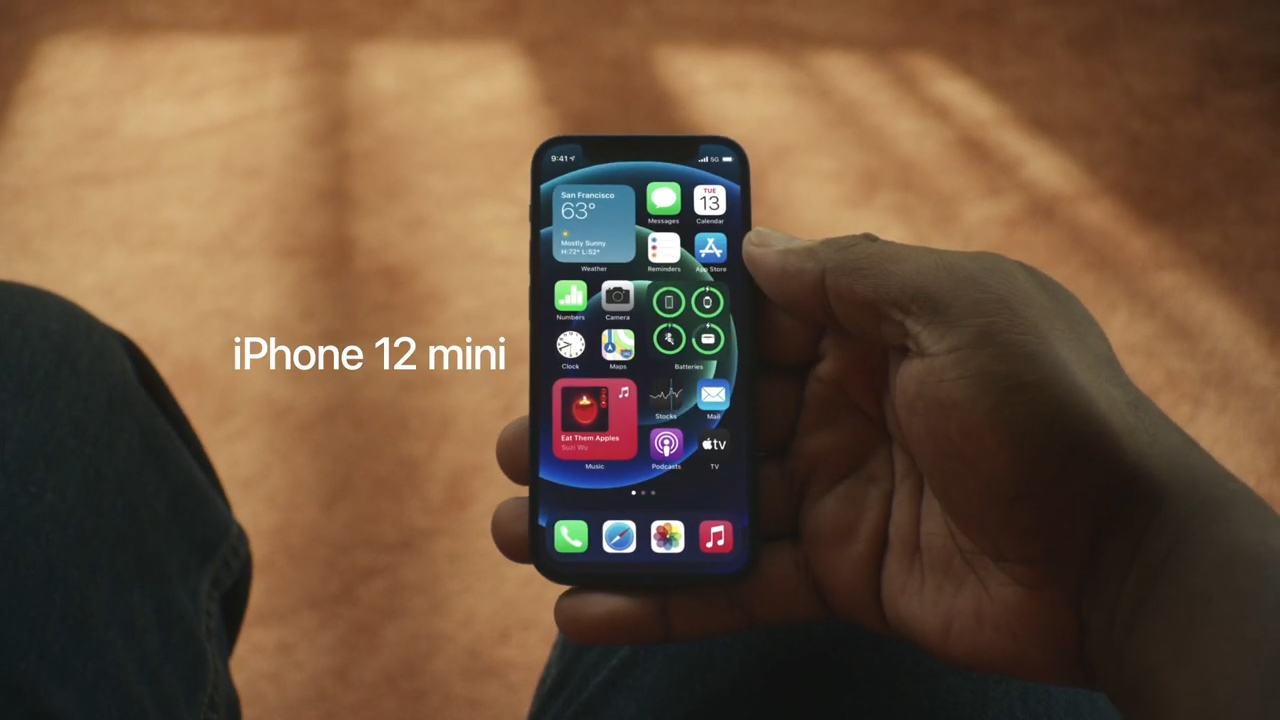 The screen of the new iPhone 12mini has a 5.4-inch 960 x 2079 resolution. This screen size is just right for one-handed operation. Although small, the display range of the screen is much larger than that of the iPhone SE.

The full name of the screen is “Super Retina XDR Display”, and the refresh rate is 60Hz. The screen protection glass uses a new type of material, which Apple calls “super-ceramic panel.” In fact, the hardness of the ceramic is combined with the transparency of the glass, thereby greatly improving the drop and scratch resistance of the screen.

As for XDR, it means that the iPhone 12mini can record and play videos in Dolby Vision quality at the same time.

iPhone 12 and iPhone 12mini still use the same 4GB memory as iPhone 11, but the processor has been fully upgraded to A14. This new 5nm processor was originally used on the iPadAir 4, and it has higher energy efficiency and more powerful processing capabilities than the already quite powerful 7nm A13 Bionic chip on the iPhone 11.

From the data point of view, this 5nm A14 chip produced by TSMC is about 15% faster than last year’s A13, but its power consumption is 30% lower than Android’s flagship chips Qualcomm Snapdragon 865+ and Apple A13.

So the question is, the Apple A13 chip is currently the fastest mobile chip. Why does the iPhone 12 mini have a stronger A14 chip? My understanding is that Apple is a company that attaches great importance to AR/VR. Only a powerful chip can support more new AR and VR features of the iPhone, such as DolbyVision video recording.

Unfortunately, all excellent processing performance and display effects rely on a smaller battery. Even Apple itself stated that the battery life of the iPhone 12 mini is poor.

Another thing to note is that although this small iPhone supports 7.5-watt wireless charging, it does not have a charger as standard, and it does not have a wired or wireless charger. It can be charged to 50% in 30 minutes with a 20-watt charger, but the charger needs to be purchased separately. Can you understand Apple’s mood to protect the earth?

Although the 5.4-inch iPhone 12 mini is small, it supports 5G networks. The 5G modem attached to the A14 chipset supports both mmWave (millimeter wave) networks and mid- and low-band networks. At the same time, with the release of the iPhone 12 series, it also means that Apple has fully joined the 5G ranks.

Apple’s 5G is called the smart data model. This function will automatically switch between 4G and 5G according to the bandwidth requirements of the running application. Since 5G will automatically shut down when high bandwidth is not needed, it is good news for battery life, and its power consumption will be much smaller than that of ordinary 5G mobile phones.

Of course, the camera itself is still different from the iPhone 11. The new iPhone uses a 7-layer lens instead of the 5-layer lens on the iPhone 11, and the aperture is also larger.

In fact, if we compare Android phones horizontally, 7P lenses have already been popularized. But for Apple itself, this is a major upgrade. Indeed, the image quality of the 5P lens is already very good, and upgrading to 7P is naturally a higher level.

In addition to hardware improvements, the camera software used by the iPhone 12 mini has also been upgraded, including Deep Fusion 2 and Smart HDR 3, and the night mode has also been greatly enhanced.

We can now experience the imaging effect of the new phone from the iPhone12 mini camera samples provided by Apple.