What is the PD charger protocol? – Phone Charger Supplier 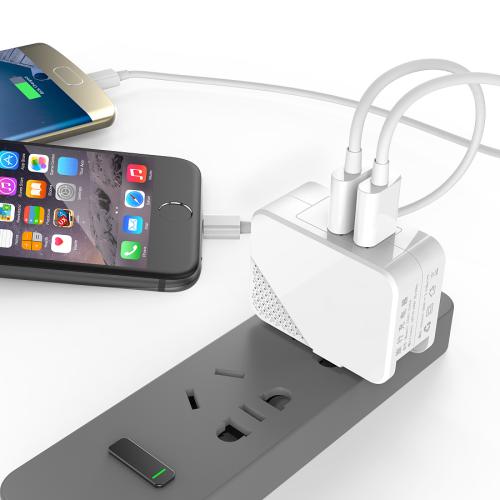 1. The relationship between USB PD and Type-C

USB-Power Delivery (USB PD) is one of the current mainstream fast charging protocols. It is a fast charging specification formulated by the USB-IF organization. . USBPD increases power transmission through USB cables and connectors, expanding the power supply capability of the cable bus in USB applications. The specification can achieve higher voltage and current, the transmission power can reach up to 100 watts, and the direction of power transmission can be freely changed.

The relationship between USB PD and Type-C. People often talk about USB PD and Type-C together, and even call Type-C chargers as PD chargers. USB PD and Type-C are actually two different things, USB PD is a fast charging protocol, and Type-C is a new interface specification. The Type-C interface supports up to 5V/3A by default, but after the USB PD protocol is implemented, the output power can be up to 100W as mentioned above. Therefore, many practical Type-C interface devices will support the USB PD protocol.
The development prospects of USB PD. USB PD has now developed to the USB PD 3.0 version. Driven by Google, USB PD has incorporated Qualcomm’s QC fast charge agreement and has received support from the Ministry of Industry and Information Technology of China. It is expected to unify the current chaotic fast charging market soon.

Currently, there are relatively few devices that support the PD protocol. Only a few high-end models such as Apple’s new Macbook, and HTC mobile phones, and Google notebooks are known. However, the trend of sparks will eventually start a prairie fire, and domestic manufacturers are gradually launching them. A charging head that uses the PD protocol, such as the Orrick PD charger TSM-1U that the author just started. ORICOTSM-1U uses a porcelain-white PC material shell, which is biased towards a square as a whole. It adopts a two-stage design. Most of the surface is smooth. The place close to the plug is frosted, which increases the contact resistance with the hand and is easy to plug and unplug. Anti-fouling in smooth areas.