With the continuous development of smart phones, more new functions have been added to the phones, which has greatly improved our lives. However, no matter how amazing your phone is, if the battery of your phone runs out soon, then the phone will become an annoying piece of metal. So the question is: Why are mobile phone batteries less and less durable?

According to the latest survey results, the working principle of lithium-ion batteries is not that charged particles flow in a single, uniform direction inside the battery, but move back and forth in a random pattern of motion. This groundbreaking study came from researchers at Stanford University, Massachusetts Institute of Technology and the University of Bath, who found that our understanding of lithium-ion batteries is incorrect. It is known that charged particles flow between a positive electrode and a negative electrode through a material (electrolyte), and this movement generates an electric charge. However, lithium was previously thought to be anisotropic, which means that it flows in a single direction and the particles pass through the battery in a single, uniform manner. However, it has now been discovered that particles called ions actually circulate and flow back and forth in the electrolyte. This will generate random and dense ions inside the battery, thereby generating a lot of heat and destroying the battery’s service life.

William Chueh, assistant professor at Stanford University, said: “We are using very powerful X-rays from accelerators, and we are using these X-rays to observe these individual nanoparticles. The research uses the facilities of the SLAC National Accelerator Laboratory at Stanford University to allow a team of scientists to study the working details of the battery on the nanoscale. He said: “It’s a bit like space. We consider the performance of particles in a vacuum, but the inside of the battery is not vacuum. It is full of liquid.” The team believes that they will be able to fix this defect by changing the transportation path and develop it in the future. More durable battery.

How do lithium-ion batteries work?

In fact, lithium-ion batteries store and release energy by “moving electrons” from one end of the battery to the other. We can use the energy from those moving electrons to work for us, such as powering a drilling rig. The two “ends” of the battery are called electrodes. One is called the anode and the other is called the cathode. Generally, the anode is made of carbon and the cathode is made of compounds called metal oxides, such as cobalt oxide.

The final battery component is called the electrolyte, which is located between the two electrodes. In the case of lithium ion batteries, the electrolyte is a salt solution containing lithium ions. The lithium battery is named after it. When the battery is placed in the device, the positively charged lithium ions are attracted and move toward the cathode. Once the cathode is bombarded by these ions, the cathode is charged more than the anode, which attracts negatively charged electrons. As the electrons begin to move toward the cathode, we force them to pass through our device and use the energy of the electrons to the cathode to generate electricity. You can think of it as a water wheel, except here it is not water flow, but electron flow. 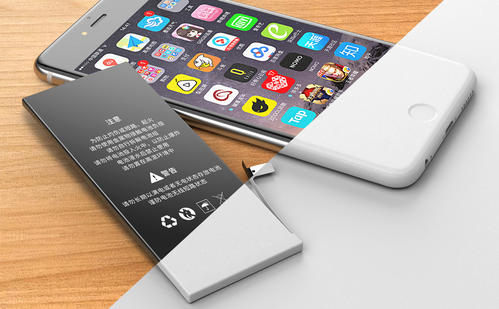 How do we charge the battery?

Graphite is a common material for negative electrodes because it can accept positive ions well and has a high energy density. When looking for new electrode materials, researchers usually try to make the particles smaller. However, it is difficult to manufacture a practical battery with nanoparticles because it produces many tricky chemical reactions with the electrolyte, so the battery will not be continuous for that long and the manufacturing cost is expensive.

Why is battery progress so difficult?

In the past 20 years, the power supply materials of mobile phones have been almost dominated by lithium-ion batteries, but compared with originals such as screens and processors, the technological progress of batteries has not been significant. But when we are anxious about this, in fact, battery research scientists may be even more anxious than us, because they have deduced almost all the elements of the periodic table can be composed of substances, and strive to find new positive and negative materials.