Wired earphones and wireless headphones, which one is better?

Beginning with Apple’s release of the first generation AirPods wireless headset, the phone canceled the headset hole the 3.5mm headphone jack, directly cancel the headset hole so that the user has no choice. By 2019, Apple has on a large scale. For consumers, canceling the headphone jack is not good news. Because many people are used to finally updated its second-generation AirPods, and there will be more and more wireless headsets in the future. For you, do you really want wireless headphones to replace the cable? 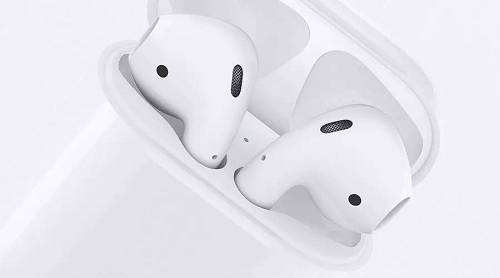 Wireless headsets are the future, but now wireless headsets have no way to completely replace wired headsets. The wireless strategy was laid out long before AirPods. For example, canceling various interfaces on the Mac series, leaving only one type; for example, the AirPower wireless charging board that has been discontinued, wants consumers to experience wireless life better. It’s not unreasonable for Apple to do this. Although it has existed for many years, it is indeed inconvenient;

Other manufacturers outside of Apple have also increased the pace of wireless, in addition to AirPods, Sony, Goethe, AKG, Beyerdynamic, Sennheiser, Magic Sound and other traditional audio companies more or less launched wireless headphones, even Now there is no future will follow up slowly; Secondly, Android phone manufacturers have also begun to release wireless headsets, including Samsung, Xiaomi, Huawei, OPPO and other related products. However, in terms of the experience of wireless headphones, the products on the market still fail to surpass Apple.

2, the advantages of wireless headphones:

In fact, both wireless headsets and wired headsets have their own advantages, but wireless is relatively short in terms of time of use, and cable has become a habit. However, although the development of wireless headphones is relatively slow, consumer acceptance is still very high. For example, when Apple’s AirPods was just released, everyone could not accept it, but more and more people bought it. Moreover, Apple’s new AirPods seems to be preparing to increase production capacity. The latest report from the industry chain said that AirPods second-generation PCB suppliers have begun to expand production capacity to cope with the continued surge in orders.